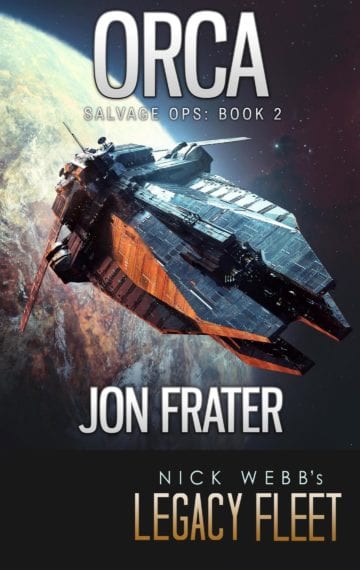 The Swarm have been eradicated from Earth’s solar system and humanity is safe for the moment.

But the rot within the IDF remains a problem. The saboteurs who wanted asteroid battleship Colossus gone have escaped Captain Mamoru Suzuki’s relentless pursuit. And the United Earth bureaucrats have seized Griffin Poldark’s new ship, the Swift, and all its cargo.

Now Poldark and his crew must venture deep into Russian Confederation space and hire on with miners, pirates and privateers in order to make back what they lost, all the while hoping that Suzuki doesn’t hold a grudge.

But the IDF has picked Suzuki to head a new mission deep into Russian space and his orders are to arrest or kill its number one suspect in the attempt to destroy Colossus: Griffin Poldark!