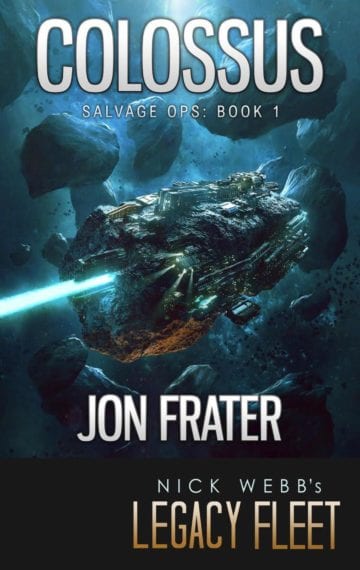 $3.99AmazonRead A SampleSee The ReviewsSee The Full Series

With the Battle of Valhalla Station, the Second Swarm War is in full swing and Earth is barely holding on.

In an attempt to regain the initiative, the IDF has sent its remaining legacy armada to Francia Sector under command of the legendary Captain Timothy Granger.

Earth’s defense now rests upon the prototype asteroid ship Colossus, a behemoth of awesome power, as it watches and waits for the next Swarm appearance…which occurs all too soon on Earth’s doorstep.

Battlestar Galactica meets Secret Agent as the Colossus’s crew must defend against a desperate Swarm attack…as well as a political conflict it was never designed to survive.