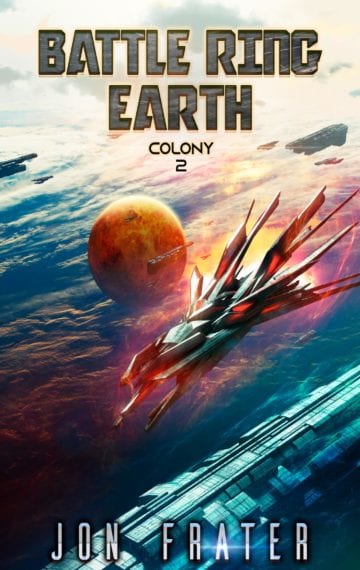 $3.99Buy Now!Read A SampleSee The ReviewsSee The Full Series

Hiding deep in the Sleer battle ring, Simon Brooks and Sara Rosenski are learning the ways of the Sleer and to trust each other. Each day brings a new discovery and more danger, while Ray Fairchild, COP of Hornet Squadron languishes on Earth, suspected of treason for abandoning them on the alien structure.

Forced to choose between his career and his crew, Fairchild enables a rescue mission back to the Sleer structure while a maniacal Sleer commander moves to stop them.

But Sleer reinforcements arrive and Earth’s defense is in disarray…and where are Brooks and Rosenski?