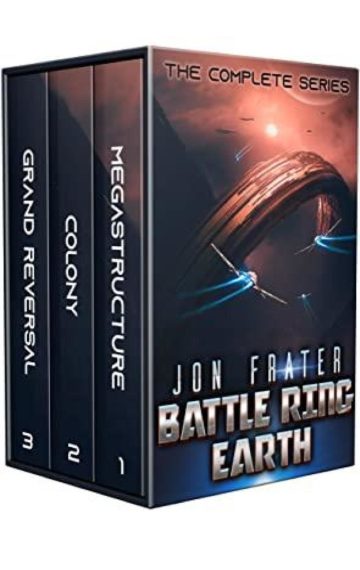 $0.99Buy NowRead A SampleSee The ReviewsSee The Full Series

The Complete Battle Ring Earth Series Bundle is here. 1000+ pages of military sci-fi action about the defense of Earth against aliens, fighter pilots, and the last hope for mankind.

Technical Specialist Simon Brooks was no soldier. More suited for the academy than combat, his assignment to a rear echelon support squadron seemed a good fit. Everything changed when the Sleer attacked Earth’s newly salvaged spacecraft, UEF Ascension. In a flash, Brooks goes from fleeing a burning transport plane to piloting a broken mech and learning the habits of a fighter pilot from Lt Sara Rosenski, the terror of Nightmare Squadron.

But his rising star takes a hit when he learns to talk to the Sleer AI, Genukh…and suddenly the UEF doesn’t know whose side he’s on.